Daniel Lapp is a world-renowned singer, multi-instrumentalist, composer, teacher, archivist, band leader, sideman, producer, promoter and – no kidding – the list goes on. And like the true-blue Canadian he is, Daniel does it all with trademark energy and warmth. As a fiddler, jazz trumpeter and singer/songwriter, Daniel Lapp has played on over 100 albums and performed across Canada, United States, Ireland, England, Scotland, Wales, Finland and Germany with some of the world’s most renowned Folk and Jazz musicians. Daniel is the winner of the B.C. Fiddle Championship and has appeared as a soloist with the CBC Chamber Orchestra as well as the Prince George, Victoria, and Vancouver Symphonies. A legendary force in Canada’s fiddle scene, in addition to his outstanding performing, Daniel has been musical mentor to hundreds of students—many of whom have gone on to successful careers in the music industry.

The evolution of a young musician is something beautiful to behold. Every blue moon, when this rate of growth seems exponential, the experience is nothing if not exciting. Victoria’s own Quinn Bachand has evolved at such a rate – a natural musician, invested of both body and soul in his quest for musical perfection in many facets. From age 11, he was demonstrating his abilities on the acoustic guitar around the world, playing traditional music with Daniel Lapp, Ashley MacIsaac and Natalie MacMaster. By age 17, Quinn was playing over a dozen instruments, recording and producing albums with his sister Qristina, and collecting multiple nominations and awards up to, and including their latest release, Little Hinges.

Ever the bold musical voyageur, Quinn has invested his love of swing jazz in particular with the 2013 release of his band and same-named debut CD, Brishen (Romany for “bringer of the storm”). Aptly titled, the gale force success of this debut tells the tale – resulting in noteworthy recognition for Quinn, including an unprecedented five Canadian Folk Music Award nominations, the Saga Djangofest Award, two Western Canada Music Award nominations, an “Emerging Artist” spot with the RBC Canada’s Walk of Fame, six nominations at the Vancouver Island Music Awards, not to mention a full ride, 4 year Slaight Family scholarship to Boston’s Berklee College of Music and top prize at the Independent Music Awards for Jazz Song with Vocals. 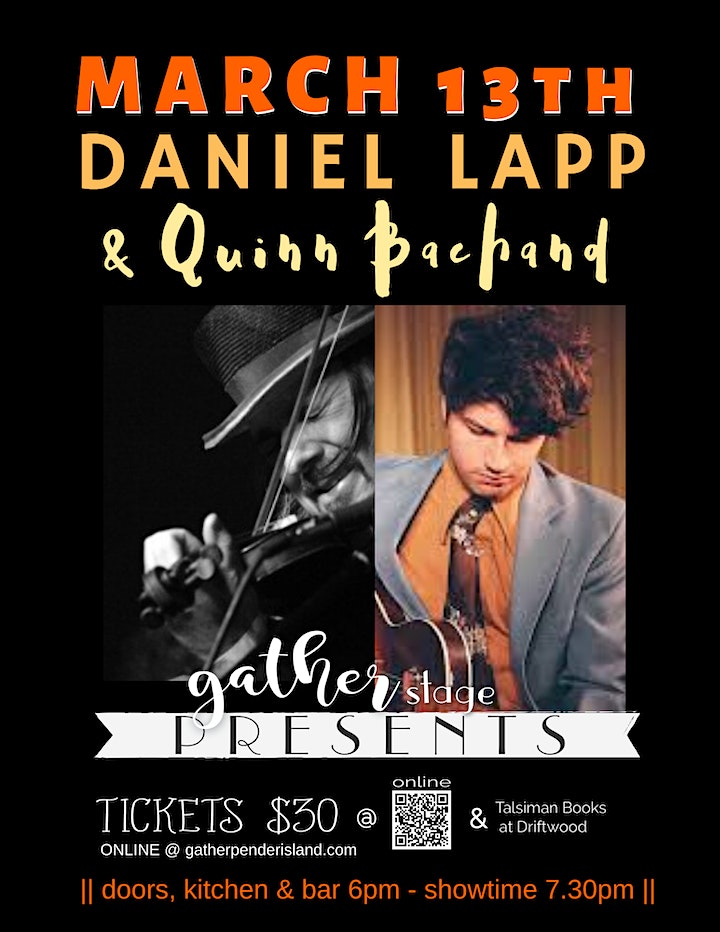